How do you keep an iconic brand like Milk Street Cafe fresh even when the economy sours? We sat down with founder Marc Epstein, who candidly shared his company’s successes, failures, and what’s coming down the Pike. An hour spent inside of Epstein’s epicurean empire will quickly reveal one main force behind his success.

He starts the day with a sincere hello to his staff members, asking details about their families, praising their hard work, and looking inside of the enormous pots of fresh soups that are cooking. It’s no wonder a large percentage of the 65 employees have remained loyal for decades. There is camaraderie in the kitchen, and a sense of calm despite the hundreds of orders that will soon be filled and delivered. “My vice president and general manager have been with me longer than my wife,” says Epstein. “The Head Chef has been here 26 years, and the Catering Manager, 18 years.” Milk Street first opened as a vegetarian restaurant in 1981. “We thought that was the future, but vegetarianism was not the future,” says Epstein. “People moved from red meat to poultry. When Epstein added a meat kitchen in 1989 and went into the corporate catering business, the future trajectory of Milk Street became clear. Catering became the unwavering constant. Eight vans deliver around 125 orders throughout the city and beyond, Monday through Friday. While Kosher clients are only a small part of the business, everything that goes out of Milk Street is, in fact, Kosher. Epstein’s wife and four full-time salespeople are involved in marketing.

Other than the recessions in 1991, 2001 and 2008, catering has grown about 16 percent annually. Look at the history of Milk Street, and you may need a scorecard. 1985 opened in Kendal Square 1989 opened in the Longwood medical area 1989 opened the meat kitchen and began catering business 1991 closed Kendall Square and opened in the park in Post Office Square (17 years) 1994 Closed Longwood (5 years) 2007 Closed Post Office Square (16 years) In June of 2011, Epstein headed to Manhattan and opened Milk Street Café on 40 Wall Street, the only restaurant next to a pedestrian plaza. Lines were out the door—until the Occupy Wall Street movement moved in.

A few subway station exits near his shop were shut down, and barricades were placed up and down Wall Street. After six weeks, his business was feeling the effects. After a few months, he had to eliminate 21 positions- the first time in the company’s 30-plus year history. Six months after opening the 23,000 square foot eatery, the doors shut and Epstein returned to Boston full time. “The project in NYC was an amazing experience-both good and bad-but it has limited our ability to borrow money because it was not successful,” says Epstein. “Investors were hurt, the bank was hurt, the Small Business Administration was hurt and we were hurt. It was a losing proposition, and it’s hard to do an expansion renovation on the heels of that.”

Epstein says he’s been gun-shy to go out and rally for money to expand his current location. Within a short period of time, the New York City location was not successful, and Epstein picked himself up from the loss and began to focus on the Boston expansion. “We have a great little business here in Boston, and we need have to have a long-term perspective on what’s happening here because we’re going to have a short-term hiccup,” says Epstein. He’s referring to his current building, which will soon empty, as a large company will be moving out. “We decided it would be best for both us and our landlord to take this time to renovate the café upstairs,” says Epstein. “In the long-term that’s in the best of both our interests.” They are on schedule to build a new meat kitchen, walk-in refrigerators, grills and fryolators. The new kitchen will allow the business to expand catering options and what will be offered upstairs in the café, which will include meat, sushi and fish stations.

Analyzing current and futures markets, and seeing the positive side of each situation is how Epstein operates. When you have five children, he says, you learn that your kids are looking at how you handle the ups and downs. “If I want my kids to take risks in life as I’ve done in terms of being an entrepreneur, then you have to be able to shake yourself off and deal with disappointment, which is even more important than how you deal with success,” says Epstein. “Success is easy.” 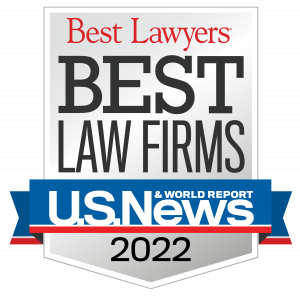